Posted by hiphoplifeandtimes on August 14, 2018
Posted in: Uncategorized. Leave a comment 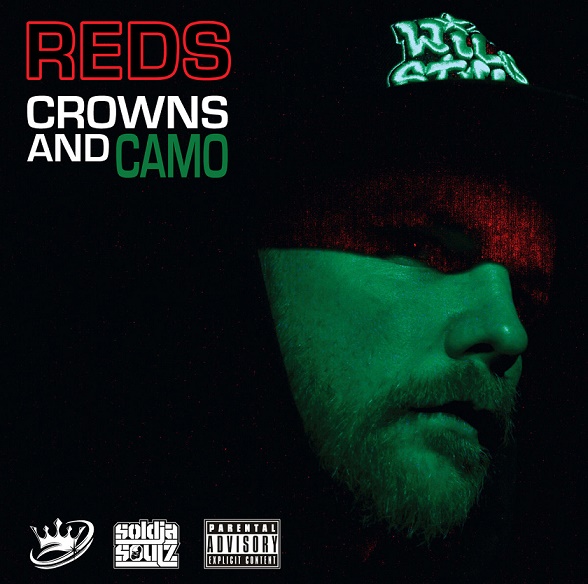 A product of the UK sound system culture, Norwich based Reds earned his stripes holding the mic at some notorious raves in an era filled with crazy characters and a spirit of rebellion that has shaped his approach to music ever since. By the early 2000s Reds had founded his own imprint Chronic Redeye Music and despite the disregard for industry acceptance, his work started getting airplay from BBC Introducing, Itch FM and Kool London amongst others.

Over the years a stream of street albums, mixtapes and EPs has seen him work with a number of US artists such as Hell Razah, Big Noyd and Bronze Nazareth alongside a host of British counterparts. In the early days HHC magazine described Chronic Redeye Music as ‘’the real deal’’ and this new album is more proof that they made the right call.

Weighing in with a hefty amount of solo tracks and produced entirely by in-house Red Wok Productions, his upcoming solo LP; “Crowns and Camo” is perhaps the most focused project from Reds to date. Each song is designed to play its part in a sonic journey that combines golden era craftsmanship with a modern take on production, with guest spots from Shabazz the Disciple, Rob Kelly, DPF & Lyrical T.

If the works of the underground and under-rated artist known as Reds have so far passed under your radar, now would be a perfect time to step into his world and explore…Stream Crowns and Camo via bandcamp below!