Posted by hiphoplifeandtimes on July 30, 2014
Posted in: Music Videos. Leave a comment

Posted by hiphoplifeandtimes on July 30, 2014
Posted in: Music Videos. Leave a comment

Posted by hiphoplifeandtimes on July 30, 2014
Posted in: News. Leave a comment

The Internet is loaded with music, news and entertainment media but how do you sift thru everything to find what you want? With access to millions of songs, tens of thousands of artists, and a host of entertainment media, Platformz will easily put the world of indie music and media in your control.

Platformz is a powerful mobile indie music and media search engine that allows fans of indie music and media to search some the largest digital distribution platforms – Audiomack, Soundcloud and others – for artist that You like. Once you find the media, you stream it directly on their mobile device and it also recommends artists for them in the featured artist section. You can search for any parameter in the app that you are used to searching the site with: genres of music, artists by name, album names, key words etc.

• Search Audiomack, Soundcloud and Mixcloud all at the same time or one at a time for the best of indie music and entertainment media
• Search for song title, artist name, genre of music, geographic location, news, comedy, or many other metrics
• Instantly listen to the media you discover on your mobile device
• Discover new artists and music in the Featured Artist section
• Check for the latest in indie music, news and comedy at your leisure

When Rich Quick, Archie Bang, J57 and DJ J Hart link up to do a track then surely its gonna be dope right? Correct, this is nothing less than brilliance with a video that captures the real fun vibe of the track. This is something fresh and is already getting championed from heads in the US and all over Europe. Its nice to see some US rappers keeping real Hip-Hop and Boombap alive

In April 2012 Rich Quick released “I’m With The DJ” Hosted by DJ NoPhrillz and Benja Styles. The first 500 physical copies of the mixtape included 1 of 5 limited edition hand drawn Hip Hop themed Art Cards. Rich included the Art Cards as a testament to Hip Hop’s influence on art and pop culture. During Rich’s tour promoting “I’m With The DJ” Rich performed with notable New Jersey producer Mr. Green. After the show he was approached by Jeff Davis aka Stress the White Boy. Stress and Chuck Treece, a powerhouse production duo referred to as STREECE™, began working with Rich on an EP titled “Sad Songz” from Ben Frank Recordings.

The work on “Sad Songz” captured the attention of multi-Grammy award winning artist, Tim “Timebomb” Armstrong of Rancid and Transplants fame. Armstrong, a longtime friend of Stress, collaborated on a track with STREECE™ and Rich Quick. The track entitled “Stay True” became part of the Tim Timebomb and Friends project and quickly became a fan favorite. Other notable collaborations are Jakk Frost, Reef the Lost Cauze, and Rakaa Iriscience (Dilated Peoples)

Stat Quo ft. Scarface – The Way It Be

Posted by hiphoplifeandtimes on July 17, 2014
Posted in: Music Videos. Leave a comment

Posted by hiphoplifeandtimes on July 17, 2014
Posted in: News. Leave a comment

Posted by hiphoplifeandtimes on July 17, 2014
Posted in: News. Leave a comment 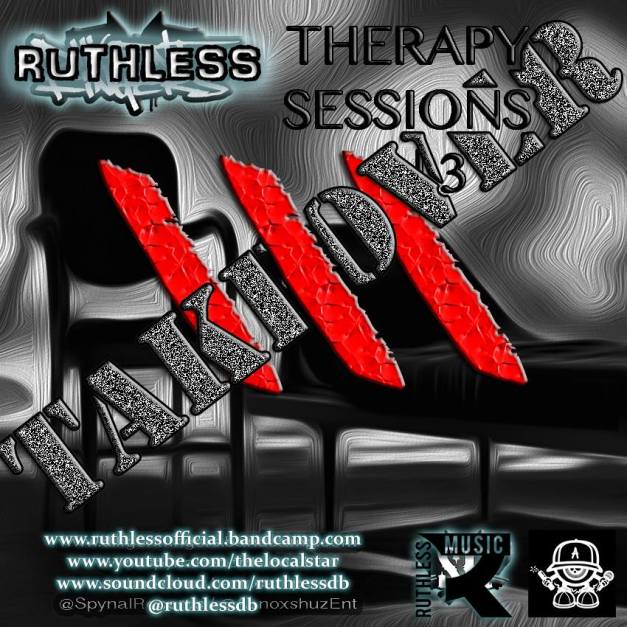 Watford, UK emcee Ruthless is back with a new dope 5 track EP and the third instalment of his ‘Takeover’ series, this time taking over the beats of talented Manchester producer/rapper Diligent Fingers who is part of the team over at Abnoxshuz Entertainment. The ‘Therapy Sessions Takeover’ project is mixed and mastered by Last Resort, with the first two Takeover Projects produced by Readings Dead Man Walkn and Stevenage’s Redskull Beats both sick producers in their own right

The word ‘real’ is too often thrown about in Hip Hop. I’ve have had the pleasure of repping Ruthless’ music since his debut approximately four years ago and one of the reasons why we’re big fans of his music is his honesty in his lyrics. Ruthless is the ‘realness’ many rappers aspire to be, no subject is off limits in Ruthless’ music. He addresses the mistakes he’s made, talks of the struggles of being homeless and having to live with the daily pain of Arthritis.

We have witnessed over the past four years Ruthless turning his back on a life of crime and directing all his energy and passion into his music continuously improving his craft and growing as an artist you wont find him bragging of his misdemeanours, he comes with his honest, conscious lyrics. Aswell as rapping he has self-taught himself new skills,  he now directs, films and edits videos having been entirely responsible for his last 6 videos. Ruthless truly is the essence of  an ‘independent’ self sufficient artist continuously grinding which is something we admire and have great respect for here at HHLAT, however put that aside and his music still stands on its own.

We’ve told you before Ruthless is definitely an artist to keep your eyes and ears on, don’t just take our word for it having co-signs from UK heavyweights such as Klashnekoff, Genesis Elijah, Supar Novar, Logic and more don’t sleep on this talented rapper check his music out for yourselves, it’s FREE too so you got no excuses!

More good music from Conscious Route, the English rapper living in Scotland, under the name of ‘Stutter Jack’ his rejected alter-ego! This stuttering, straight-talking rhymer brings a mix of cheek and fluid flows over reggae influenced Hip Hop, Dubstep, and alternative live production. The EP is focussed around two tracks, both worth their weight in gold. This is such a solid outing, make sure you check it.

Brooklyn rap duo QuePac released their first official music video today for “The Flask” from the QuePac EP, which dropped in March. Directed by Borough Entertainment, the video is more a short film than a video, telling the story of a night of excessive drinking across several different parties, and also the events of the morning after, starting with waking up in an odd place with a pounding hangover. The song is an ode to self-destruction.

It also features an energetic verse by Shane MauX (of the acclaimed group, Duk Duk Goose), and artwork for the project features a portrait by Eat the Cake NYC (who has worked on photo/film projects with Rex Arrow, Mac Miller, Homeboy Sandman and others). While this is QuePac’s first music video, members of QuePac have been featured on Shade45, Kevin Nottingham, 8th hop outlets. The new group can be found at http://www.soundcloud.com/quepac and http://www.facebook.com/quepacmusic. Their manager can be reached via email at paco@dukgoose.com.

QuePac is a collaboration between long-time Brooklyn favorites Que Cee and Paco (from Duk Duk Goose). The team-up sprouted out of the vibrant Bushwick music scene, where some of the most innovative sounds in Brooklyn are emerging, and from which most of their inspiration for this project is drawn. Independently, they have performed shows at major New York venues such as Irving Plaza, Gramercy Theater, Public Assembly, Sullivan Hall, as well as at out of state venues and music festivals like Afro-Punk and StereoTerra.