Rane presents: The DMC World DJ Championships Final 2015
30th anniversary of the world’s number 1 DJ competition!
Live performance by x4 DMC Champions C2C
DJs from across the globe to compete at Olympics of DJing
DJ, street dance, beatbox & (new for 2015) lyricism workshop
We have an opportunity for you lucky lot to win a pair of tickets for Rane presents: The DMC World DJ Championships Final 2015 taking place this Sunday (4th October).
This year’s DMC World DJ Championship Final marks the thirtieth year of the worlds leading, longest running and most prestigious DJ competition. Taking place on Sunday, 4th October, at The Forum, the 2015 Final will see DJs from all over the world – China, Nigeria, Russia, USA, UK, Australia, Japan, India, Brazil and beyond – gathering in London to compete for what are, in DJing terms, the ultimate accolades.  The titles of Battle For World Supremacy Champion, World Team Champion and World DJ Champion are all up for grabs, plus many prizes including top-end Pioneer turntables and a coveted custom made gold mixer from Rane.

The event will feature a special performance from four-time DMC Champions and France’s number one DJ crew, C2C.  With a platinum selling album to their name, C2C have sold out venues all over the world and will make an overdue return to the DMC stage for the first time in 9 years in what promises to be a dizzing display of turntable wizardry.
C2C – 2006 DMC World Team Championship Performance
The DMC World DJ Championship started back in 1985 amid a pre-internet, pre-mobile phone era and since its inception, the competition has helped birth, define and evolve turntablism with competitors constantly pushing boundaries, creating new tricks, scratches and styles to elevate their increasingly impressive routines.  Along the way, the DMCs has been instrumental in launching the careers of A-Trak (Fool’s Gold), Hudson Mohawke (Warp Records), DJ Cash Money, Mix Master Mike (Beastie Boys), Qbert and C2C (x4 World Team Champs), to name just a few.
The DMC Finals have also hosted live performances from James Brown, Public Enemy, Janet Jackson, and Run DMC, and thirty years later, the event still remains the definitive competition and number one target for thousands of DJs worldwide. Following their successful introduction in 2013, the events popular, family-friendly daytime workshops return again this year.  Fans will have the opportunity to learn popping and locking street dance moves from Rock Steady Crew’s PopMaster Fabel; the art of beatboxing from 2015 World Beatbox Crew Champions, The Beatbox Collective; the fundamentals of DJing with previous DMC Champs Mr Thing and DJ Nelson; and in a new workshop, freshly added for 2015 – get an insiders guide to lyricism from UK Hip Hop legends Jehst and Chester P.
Check out the 2014 DMC World Champion winning performance from Mr Switch (UK)
For your chance to win a pair of tickets for this prestige event and witness the skills of the competitors first hand answer this question……… Which legendary UK DJ won the DMC World title in 1989?
Submit your answer along with your name and accompanying guest to our email hhlifeandtimes@gmail.com titled DMC Ticket competition. Submissions close at 6pm Thursday, the winner will be picked at random and announced Thursday 9pm via our facebook page https://www.facebook.com/hiphoplifeandtimes and our twitter https://twitter.com/hhlifeandtimes
For those not fortunate to win, you can still attend!!
The Forum 9-17 Highgate Road, London, NW5 1JY  4th October, 2pm – 11pm
Tickets £15 early bird / £20 standard
http://www.dmcworld.com/store (01628 667124)
http://www.ticketweb.co.uk (08444 771 000)
http://www.ticketmaster.co.uk (08448 440 444)
http://www.dmcdjchamps.com
http://www.facebook.com/dmcdjchamps 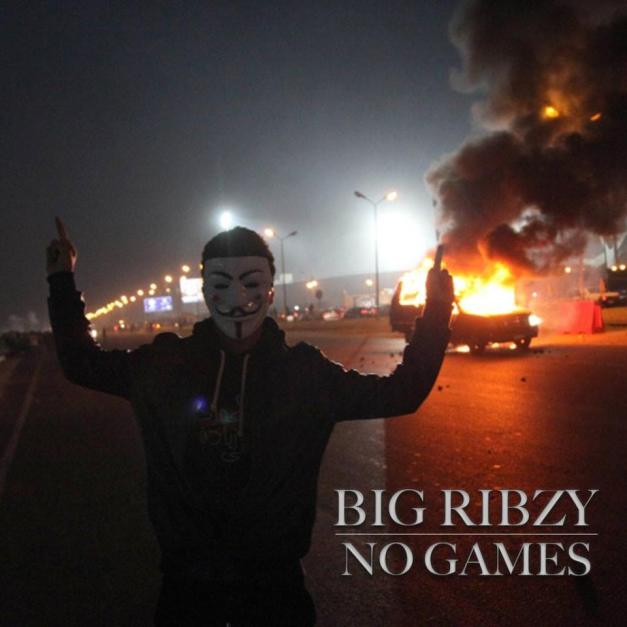 Big Ribzy is back with a new single and video in “No Games”. This is the 2nd single off of his Platformz Records debut of the same name.

With visuals from Snakeyez TV Ribzy shows us that life in Wolverhampton can be just as dangerous as any other place where life is scattered with bad influences and tough choices. Letting off his bars over the aggressive banger from Rediculus, Ribzy tells you with no uncertainty “Know who you’re fucking with, check the CV”.

With appearances from label mates Trademark Blud and Tricksta, Ribzy is playing No Games as he moves through the underground on his way to breaking through.

Big Ribzy has recently been playing live up and down the UK sharing stages with the likes of Skinnyman, Wordsmiff, Phili N Dotz, Genesis Elijah, Malik MD7 and many more, as well as playing at this year’s Boom Bap Festival, where Your Old Droog, Earl Sweatshirt & Jeru The Damaja headlined. With a string of solid releases such as his UK Runnings mixtape ‘King Size Blues’ hosted by Tricksta and an underground album ‘Blunts & Insecurities’ produced by Lost Alliance under his belt these releases have solidified Big Ribzy in the UK. Now with this brand new EP already getting support from tastemakers & DJ’s, the future looks bright for this Wolverhampton talent.

Here is a single that really encompasses the UK sound in one track. With contributions from the South of London, South of Birmingham, South of Spain and South of Caribbean, this really is a Southern anthem with originality. This hard rolling beat is the perfectly produced backdrop for this catchy new Hip-Hop banger.

A mixture of charismatic flows with honest on-point lyrics, this breaks down with its like to live in the inner cities. Whatever you do know about the dirty south, maybe that’s just changed. 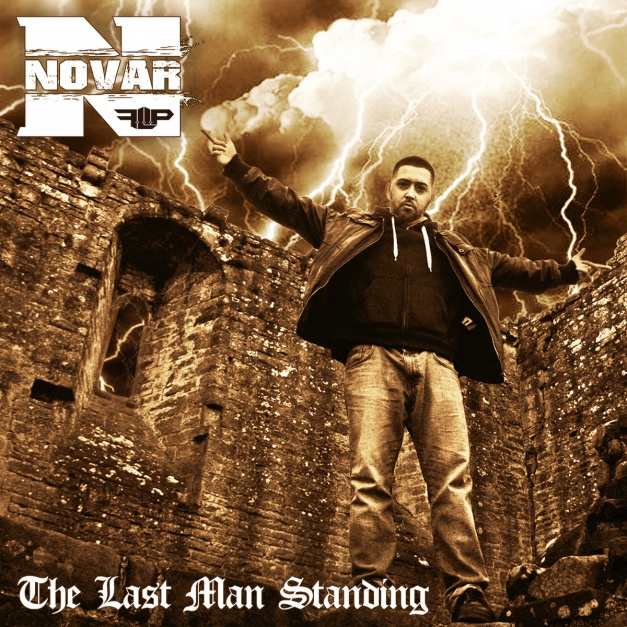 Novar FLIP, the artist formerly known as Supar Novar, delivers his second release under his new alias. ‘The Last Man Standing’ is an underground mixtape release on Flip Life Records and follows up his recent well received EP ‘The Hooligan’s Back’. This collection on nineteen tracks features some killer solo tracks as well as features from Flip Life Records label mates Big Ben, Ragz Sweet Jones, Danny Bones, as well as UK legends such as Logic from People’s Army, Big Frizzle, English Frank, Kingpin – formerly of Caxton Press, USG’s Exo & Squingy, Nate and many others. This great collection of UK bangers is something fans of quality music will enjoy and adore! Don’t sleep on the last man standing… Novar FLIP.

Check out these related music videos:

Novar FLIP – The Hooligan’s Back #Video 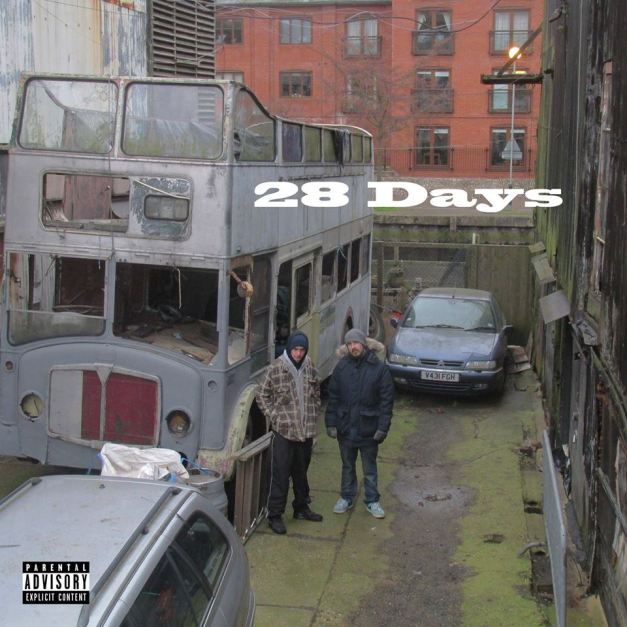 Kicking off with a track called ‘The Evening News’ this sixteen tracker hits hard from the start and really impresses. Ricky Lix on mic duties and Meezy on the boards, this is a meeting of two minds that has really paid off. Lix sounds gritty on some tracks and smooth on others, using full advantage of his distinctive voice and flow. Meezy beats remind me of early Jehst and Jazz T production, Evil Ed and Chemo, but his style is really unique with some great ideas. On tracks like ‘The Wrong Path’ you see depth and cuts like ‘Fresh As A Mofo’ introduces Streakz & LB from Music Lessons, a crew both Ricky Lix & Meezy are from. The album continues to explore into the mind of Ricky Lix who was serving ’28 Days’ while writing this project. For an idea of where he was at check out ‘What The Fuck Am I Gonna Do’ and you will know what it is. Great album, a great energy and something we will play on the regular. Quality UK Hip-Hop that should be in your collection.

Posted by hiphoplifeandtimes on September 17, 2015
Posted in: Music Videos. Leave a comment

Posted by hiphoplifeandtimes on September 17, 2015
Posted in: Audio, Downloads. Leave a comment

Posted by hiphoplifeandtimes on September 17, 2015
Posted in: Music Videos. Leave a comment

Official video for Dirty Dike – ‘Isleham Swamp’, produced by Joe Corfield. This track is lifted from the highly anticipated brand new Dirty Dike album ‘Sucking On Prawns In The Moonlight’ released on the 21st of September 2015 on CD, limited edition vinyl & digital.