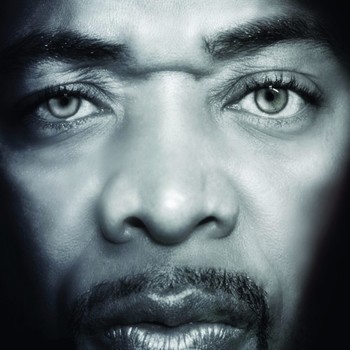 Check out the new single from Wu-Tang member U-God’ upcoming album ‘Venom’. The DJ Homicide & 1200 Warriors-produced lead single from the album is a bass-heavy banger that showcases U-God’s versatile flow as he weaves between a laidback delivery and double-time rhymes.

Babygrande Records is proud to announce the new album ‘Venom’, from U-God of the seminal hip-hop supergroup the Wu-Tang Clan. ‘Venom’ will be released in early 2017.

The Brownsville, Brooklyn native U-God moved to Staten Island as a youth. Growing up on the Island in Park Hill not far from his cousin Method Man, Inspectah Deck and Raekwon were his childhood friends. He later became good friends with Cappadonna, then RZA and Ghostface, and he began rhyming under the alias Golden Arms, based on the Kung-Fu movie The Kid with The Golden Arms. Later on, his incarceration prevented him from featuring heavily on the group’s debut album ‘Enter the Wu-Tang (36 Chambers)’, although he helped finance some of the Clan’s early recording sessions, his input on the seminal LP consisting of only a short bridge on the group’s debut single “Protect Ya Neck” as well as the now famous opening verse of “Da Mystery of Chessboxin'”. Nevertheless, he quickly became known to fans for his rugged flow and bass-like voice on future Wu tracks “Winter Warz”, “Knuckleheadz”, “Investigative Reports”, and “Black Jesus”.

U-God stayed off the streets and avoided incarceration for the group’s 4x platinum sophomore album ‘Wu-Tang Forever’. U-God was featured on 10 tracks, two of which were the hit singles “It’s Yourz” and “Triumph.” Around this time, his young son was accidentally shot and injured, an ordeal the rapper documented on the Wu-Tang Clan track “A Better Tomorrow.” On the Clan’s third effort, ‘The W’, U-God was featured on hit single “Gravel Pit.” The track would become a worldwide hit and the highest charting Wu-Tang song in the group’s twenty year history.

U-God’s solo career got off to a late start, becoming the eighth member of the group to record a solo album, releasing ‘Golden Arms Redemption’ in 1999 on Priority Records, which displayed a wide variety of sounds from gritty Blaxploitation funk to urgent string sections, and featured guest appearances from several Wu-Tang members and affiliates. The song “Rumble” was used as the main song for the video game “Wu Tang : Shaolin Style.” “Bizarre,” a single from the album, debuted #7 on the Billboard Hot Rap Singles, propelling the album to Gold status, in spite of Priority Records being on the verge of shutting down. It would be a long time since we heard from him as a solo artist but he remained very active recording verses on over 200 songs like SWV hit remix for “Anything” from the “Above The Rim” soundtrack, the verse and hook on Ghostface’s hit single “Cherchez Le Ghost” and recently featured on the track “Rivers Of Blood” from RZA’s Man with the Iron Fists movie soundtrack which was featured on Nike commercial with soccer superstar Neymar Jr.

For our American homies U-God will also be performing alongside the entire Wu-Tang Clan on New Year’s Eve (December 31st) for Wu Year’s Eve at The AXIS at Planet Hollywood Resort & Casino in Las Vegas.  The show starts at 9pm. Tickets are on sale now and available here: http://www.ticketmaster.com/event/3900517CD1A76D74