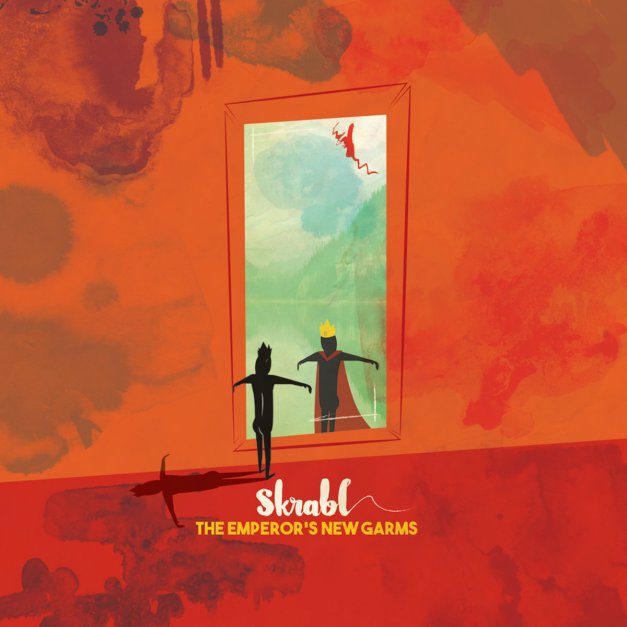 Today marks the day that UK rapper Skrabl’s highly anticipated album ‘The Emperor’s New Garms’ drops. Adam was fortunate enough to be hit up with an early copy of this dope release. Here’s what Adam had to say about it…..

Skrabl comes with his new album ‘The Emperors New Garms’, produced by Oozhe. This album is SICK! End of review, send to Stix….. Nah lets actually get right into this because it’s worth some serious attention.

There are a few things that you can’t buy and a couple of those things are heavily involved in making TENG the reload laden, top spot on the rotation stealing entity that it is. Before I tell you what they are, and I bet you’re on the edge of your seat, I honestly wanna just say I’m not saying this for sake of review fodder, these are my truths (Holla Aimee). So you ready then? . . . Aside from talent being the essential tone of this release, its got PERSONALITY and DEDICATION at the centre of it and it is obvious from the jump. 14 tracks that are put forward with zero filler, and zero half arsed bars over zero half arsed beats. Essentially just natural and meant to exist.

Let’s have a wee chat about Skrabl if we may because there’s a lot of people vying for your ear drums with words, so sometimes even someone with frankly undeniable style and talent can be missed, and TENG should be where everyone realises. With a tongue in cheek cynicism that’s laced with layers of depth and hope, the lyrical content of these tracks is masterfully worked and crafted. Throughout this album keeping true to his own character and being honest and straight talking with a tenacity for turn of phrase, Skrabl takes the respect that he’s rightfully earned, multiplies it and evolves. Multi syllable control level – calm killer. With a vast vocabulary befitting of his moniker but yet a complete lack of pretentious long wording, Skrabl steps to every track with thought and precision I don’t really like to break down tracks because I just want to encourage you to listen to it for yourself, but ’26 Letters’ is so dope that as a writer myself I just go ahhhhhh that execution of concept is bang on.

So that’s the review then OH WAIT NO THE PRODUCTION IS LEVELS. Oozhe? I’ll tell you who he is, this is a dude who’s currently relentlessly marking out his name with varied production style and professionalism. These here beats on this here album are, . . wait . . , these here instrumentals on this here album, . . hold on . . , this here MUSIC on this here album bangs. Crisp and well structured production from Oozhe on this was almost to be expected at this point, but still I was shown new things and I did the face umpteen times, you know the face. You could easily be forgiven for assuming it was a group of producers on this album because of the different styles and therein lies the ability.

Available through True Unity Records and featuring Dotz, Gee Bag, Flo, Wordsmiff FLIP and Si Phili, ‘The Emperors New Garms’ is gunning for your playlists. Buy the CD if you like the album, can’t stress that enough!

First visual from the album