Posted by hiphoplifeandtimes on August 5, 2016
Posted in: Audio, Downloads. Leave a comment 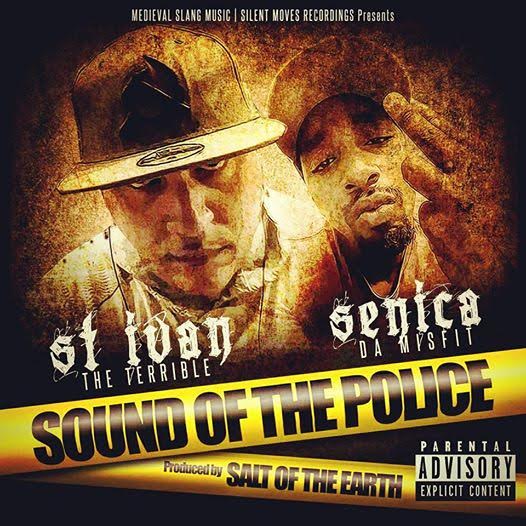 “Sound of the Police!” is a song which was introduced as an idea to me by my late bro/comrade/friend “Pumpkinhead [PH]” back in late 2013, early 2014. Initially it was supposed to be for he and I but somethings transpired within that time, and I went away and he unfortunately passed away.
I dedicate this song to him for coming up with the idea. So I reached out to the homie Senica to partake on it with me and he went in.
It’s a song most definitely needed for the times now present. This is what Hip Hop [Rap music] has always been about, being the voice of the people, and the voice for those who need someone to speak for them, but in song form.
To all the brothers and sisters unjustifiably killed and murdered by police or any law enforcement. This is for you #RIP God bless your families & loved ones… Peace
St Ivan The Terrible on Instagram
St Ivan The Terrible on Facebook
St Ivan The Terrible on Twitter
Twitter links :
@stivanbyzkings
@senicadamisfit
@TheBridgePromo