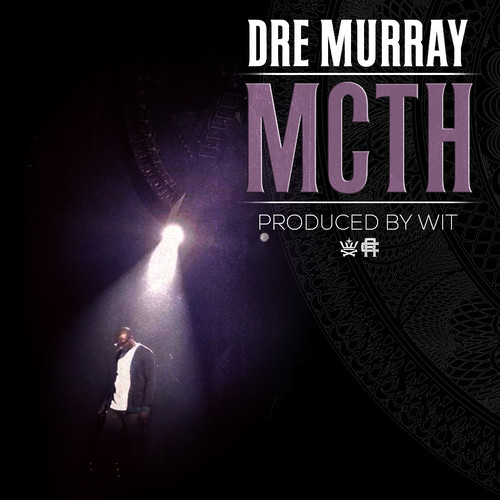 MCTCH sets itself apart with it’s spoken-word/acapella introduction, paired with Wit’s simplified and percussive production it serves as an interesting opener to the rest of the song.
I’m not saying it’s for fans of the Ruby Kid simply because it has a bit of spoken-word at the beginning of the song; that would be a weak link at best.They share similarities because they both use that same formular of using landmarks and buildings as both literal and metaphorical markers to give the listener an idea of timeframe, as well as reflecting the rapper’s emotions. This song isn’t a bum-out track though; it’s an intriguing story abaaout the journey of a kid growing up in a sing-parent household, and falling in love with hip-hop. One of the better songs I’ve heard today that’s for sure.
Dre Murray is an intense and artigulate rapper, and that’s why I placed him next to the Ruby Kid, Apathy and Crypt The Warchild.