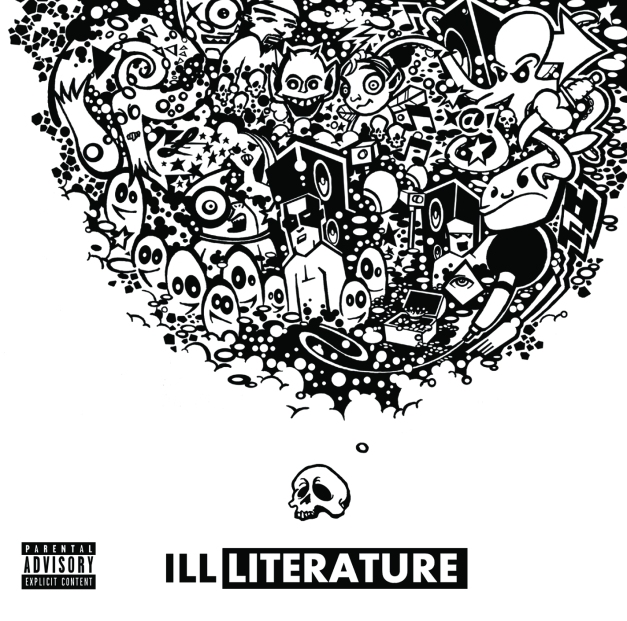 You know what? It’s suddenly occurred to me that a large majority of Euro rappers are missing a few screws. I mean, yes, yes we’re all crazy blahblah and everyone’s a bit mental sure, sure. I can think of three tracks or groups straight off my head that use a lot of lyrical imagery that isn’t just surreal, but pretty fucking macabre and dark as well. Now don’t get me wrong, I personally can’t get enough of that if it’s done well and doesn’t turn into a giant cliche.

The Scribes recently contacted us, and sent us their album and, music video for their track ‘Monsters’ and it perfectly encompasses exactly why I love that dark lyrical content on a lot of hip-hop tracks. Not all of their songs carry that same narrative within them, but it definitely carries that same energy their entire album. ‘Not A Dancer’ is by far one of my favourites on the album, a slightly self-deprecating and well versed and produced track. The way it hits into the chorus is well done, and I can safely say I can completely empathise with the lyrics in that. Oh my days, I’M NOT A DANCER. ‘John Wayne’ is a great example of how to tell a really good story, and done so well that even though the subject matter is a bit bizarre it’s believable. Poor old Johnny.
The album as a whole is pretty eclectic and includes a lot different and interesting sides of hip-hop. You’ve got the classic and always welcome, scratching, mixed in with a bit of off-key synths just to keep it unique. The production throughout the album The flow and style of both individuals MC stands out within their own right, but the West Country tinge in their accents gives them a good sense of familiarity, without sounding repetitive.

Overall I’m really impressed with these guys, and I’m very proud to say they’re from the South West. If you’re feeling this release than I strongly suggest you check out their other releases, and listen to the song, ‘I Slay Dragons’, about the life of an online gamer, it literrally made me laugh out when I first heard it.
Check these guys out, or die! Well maybe not die, but have less good music in your life.

For fans of Too Many Ts, KRS-1 (ZOMGZZZ NO WAAII, and it’s not just because they use a few clips of him in the album), Split Prophets, Rhyme Asylum. I said it was eclectic didn’t I?