‘The L Word (LikeLustLove)’ is the first visual release from NYC emcee Signif’s dope album ‘Friction’. The track is produced by South London, UK producer Moteleola and video directed by Darren A. Cole

Sadly Manchester, UK beatsmith Mecca:83 has decided to hang up his MPC for good. Read about it here: bit.ly/11ARQTv

With that news out of the way, join us for a 24-track celebration of his music featuring exclusive new tracks with Jneiro Jarel, Tom Misch and Byron The Aquarius as well as the ‘best bits’ from his numerous solo releases, group projects and production/remix work over the years. Some old, some new and a few previously vinyl-only joints…all distinctively soulful in construction.

“If there’s a running theme through all the music I’ve done, it’s positivity: I’ve always tried to make music that makes people feel good. I’ve never really been about dark music. If people remember anything about my music I hope it’s that” – Mecca:83, December 2014

CDs are stricly pre-order only so if you want one: don’t sleep. They’ll pretty much be pressing as many as you guys order – jump in or miss out!

Posted by hiphoplifeandtimes on November 29, 2014
Posted in: Music Videos. Leave a comment

While on the R.A. the Rugged Man European tour A-F-R-O and Eamon hopped in a cypher with GNO the beatboxer. after their concert in GREECE the beatboxers asked if A-F-R-O and Eamon can do something real quick for their camera so they did. This song is completely off the head and all the words were made up on the spot.

Posted by hiphoplifeandtimes on November 29, 2014
Posted in: Music Videos, News. Leave a comment

Kemastry & Fio of VooDoo collective and the track ‘Blow Ya Head’.

Posted by hiphoplifeandtimes on November 29, 2014
Posted in: Audio, Downloads. Leave a comment

This track is called “The People” and it features the legendary Chuck D from Public Enemy.

De La Explain about the track…….. “The idea for the song came from a couple of samples, and the track’s vibe is earnest and has a pressing tone to it. The lyrics are commentaries of our struggles and successes, our weaknesses and strengths… the experiences… and trials and tribulations we have faced as human beings, a race, and as individuals. Lyrically Chuck brings a sense of authority and urgency. The power in his voice demands your attention. With Chuck on the track this is a dream come true for us.

Originally “The People” was suppose to drop in June around the same time the Chuck D/Hot 97/Peter Rosenberg situation took place. We chose to hold off and not add fuel to any fires. Our next aim was for a Black Friday release. Coincidentally the Ferguson tragedy took place, and more recently the non-indictment verdict. Somehow this song was destined to be a part of something more than just dropping a joint. We hope it will lend itself to something positive in these difficult times.

We created some merchandise for this song that is for sale (The People T-Shirt & Sweatshirt). Proceeds from the merch will be donated to two organizations: All Star Code and I Love Ferguson.

All Star Code is an organization that helps under served youth make their way into the tech industry. We’ve been building, strategizing, and working with developers for the past year, and we understand the importance of education in tech. We have a music tech company that we’ll be launching soon called Daisy (daisycollective.com/). It’s important that we have more people from our community and our culture involved in this space. We just want to do our part in making that happen and ultimately help build the future of music.

I Love Ferguson is a organization that’s helping to rebuild the town of Ferguson, MO. We feel strong about helping and supporting the small businesses that have been affected in that area.”

Posted by hiphoplifeandtimes on November 29, 2014
Posted in: Music Videos. Leave a comment

UK rapper Jaws of Great Scott drops some ‘Boss Of The Mic’ bars. 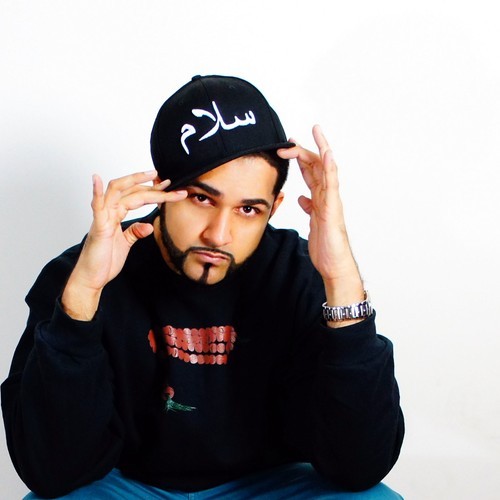 Sullee J is back with a new song ‘Rap Proclamation’ which speaks on the current situations involving the courts, racism, injustice and gives a different outlook on the whole scene. Sullee J wants to know “What is justice, is it just us?”

Under The Influence EP is available for FREE download from here

Posted by hiphoplifeandtimes on November 29, 2014
Posted in: Music Videos, News. Leave a comment

‘INCREDIBLE MC’ is the dope new self produced single by the legendary Hijack emcee Kamanchi Sly, his first in 10 years!!!

This jam is Hip Hop as it is supposed to be…. ill rhymes, uptempo raw beats and vicious cuts By Shiver, Thor and J1200. Mixed by Mr Simon Harris. The video is directed by DJ Devastate and Ray Subliminal and features the legendary DJ Undercover of Hijack.

The single is going to be available on limited edition cassettes soon, so keep it locked!